Wear the charm and drape the magic that has been contained in our finest selection of Birthstone jewellery. Find a classic range of stones for all months of the year and get shopping. Read More 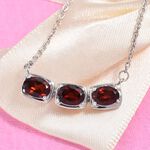 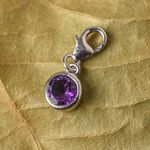 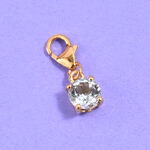 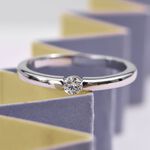 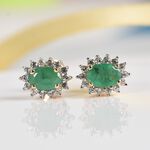 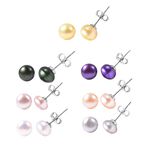 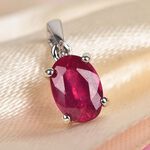 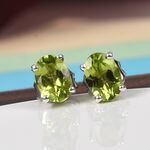 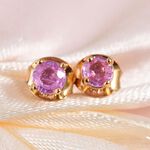 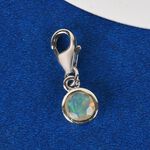 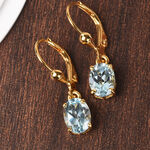 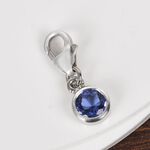 The tale of birthstone and their magic is often told by everyone. With spells of stars and alignment of planets, these stones are believed to bring a lot more than their aesthetical excellence. The table of birthstones was decided back in 1912, when each month was assigned a particular (sometimes more) birthstone. Ever since then, these glorious gemstones have been loved and adored for their bewitching presence. Come and read to know about each month’s stone.

Birthstones Jewellery from January to December

All months of the year were assigned their own birthstones by (American) National Association of Jewellers. As more gemstones came to be and explored, like tanzanite, the list was altered and included with additions.

Before this list was officially compiled, lots of regions had their own beliefs when it came to birthstones. It was believed that these are the 12 stones that are seen in the breastplate of Aaron, according to Jewish history.

January – Garnet: Known for its beautiful red and deep, rich crimson hues, garnet is a stone that is loved by all. The magical colour of the stone isn’t just a charming sight for the eyes, but also believed to hold many lucky powers.

February – Amethyst: Bewitching with exotic hues and crystal sparkle, this stone is a charmer that you just cannot miss. Birthstone jewellery made of amethyst has made its presence in the market and for all the right reasons

March - Aquamarine, Bloodstone: The third month of the year has 2 gorgeous birthstones assigned to it. The people born in March would find lots of luck on them, should they wear Aquamarine and Bloodstone.

April – Diamond: There’s truly nothing as beautiful as the glitter and glamour of diamond. We’re saying the same and people born during April are sure listening. With diamond as their birthstone, they will be the bearers of compliments and great luck then they wear this stone.

May – Emerald: With hues borrowed straight from Mother Earth, this gemstone brings lots of magic for the people who are both in the month of May. Other stone for this month, as opted by Britain, is Chrysoprase.

June – Pearl, Moonstone: Lustrous and beautiful with the powers of night sky, both these gems are loved and adored for their aesthetic presence. But that’s not all they’re known for. People who are born in the month of June sure can get lots of benefits from it.

July – Ruby: Pink hued and charming, ruby is a stone that has won the hearts of countless. The adornment of ruby by the people born in July can sure bring them many good news! There is sometimes another stone used for it, called carnelian.

August – Peridot: With its gorgeous verdant hues, peridot is a stone that reflects mighty grace and beauty of the earth. The stone is often worn for its magical sight, but that’s not all; now it’s also for its birthstone powers filled with luck and joy!

September – Sapphire, Lapis Lazuli: Both rich blue in hues, the stones are loved for their charming sight. The people born in the month of September can sure wear the happiness when they adorn birthstone jewellery studded with these gemstones.

October – Opal: Seeming like carrying the whole world in itself, Opal is a stone that’s both beautiful and mystical. People who are born in October can explore the best of its mysteries and wear the luck and charm carried in it, too

November – Topaz: Citrine: Known and loved for their glamorous sparkle and popular for their colours, citrine and topaz are perhaps the best birthstones among all. They’re sought after by almost everyone and are believed to bring love, charm, and luck, too!

December – Tanzanite, turquoise: Tanzanite is a recent addition in the list of birthstones. Turquoise and tanzanite are stones that are loved and sought after for their spell-binding hues. Believed to bring luck and happiness, they’re loved for more than just their hues.