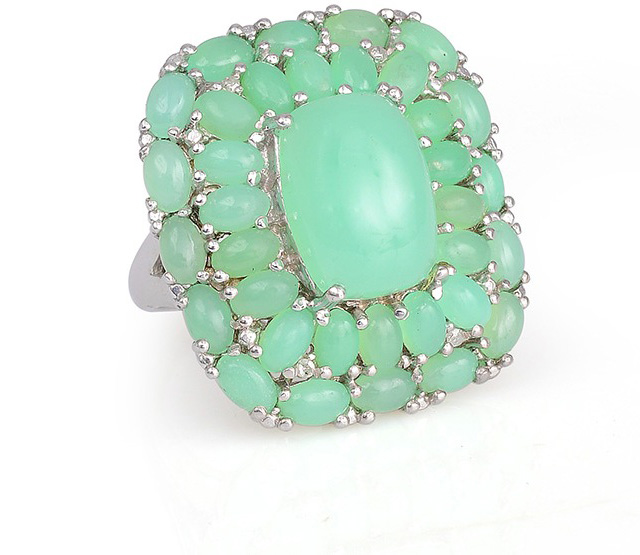 Chrysoberyl is a rare, hard and durable gemstone composed of Beryllium Aluminium Oxide. The gem varieties of Chrysoberyl are responding to light in surprising ways. It comes in various colours but most of these are yellow, brown, green and orange. Alexandrite and cat’s eye are the best varieties of Chrysoberyl. This exotic gemstone is a light coloured gem and its value increased with enhanced colour saturation.

Origin and Supply of Chrysoberyl

The name Chrysoberyl is derived from the Greek word ‘Beryl ‘and ‘Chryso’ which means green and golden and combinedly signifies ‘gold coloured beryl’ but it is not a Beryl although they share the same appearance and composition. This subtle gem was first discovered in 1789 by renowned geologist Abraham Gottlob Werner. In the Victorian era it was often called Chrysolite. Chrysoberyl is a rare gemstone and its deposits are even rarer. Some of the most notable sources include Brazil, Sri Lanka, Russia and USA. Tanzania is also known to produce a rare bluish green Chrysoberyl which makes it extremely valuable amongst other gemstones.

Chrysoberyl can be found in a variety of lighter colours including green to yellow along with the various shades of brown and red. It is best known for its reflected light effect called chatoyancy or cat’s eye. As the gem is rotated, it exhibits a distinct silvery line across its dome. The popular cat’s eye come in many nuances between lemon and brownish green where rich gold is considered as the most valuable hue amongst all tincture.

Chrysoberyl mostly exhibits exceptional transparency although some lower grade material can occur translucent to opaque and it can be found in a variety of shapes but fancy shapes such as hearts and trillions are rarely found.

Most Chrysoberyl gemstones are under two carats, price surge can be seen if the weight goes over two carats.

With a hardness of 8.5 on Mohs scale, Chrysoberyl is extremely hard and it is not typically enhanced in any way.

Chrysoberyl is generally related with discipline and self-control additionally it brings peace of mind, positive energy and clear thinking. It is said to encourage concentration and the ability to learn, In addition to this Chrysoberyl is very durable and well suited gemstone for all jewellery settings.