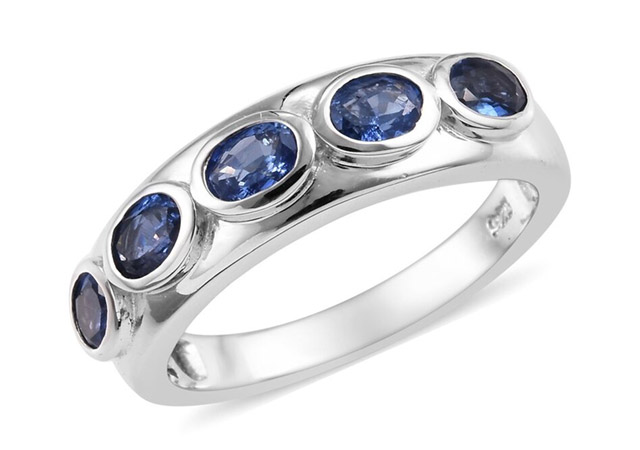 You may have heard Burmese rubies gaining all the fame and popularity for their ravishing crimson colour and animated quality. However, that’s not the only stone this region is famed for. Myanmar (called Burma before) is also a famed provider of an electric blue-hued collection of sapphires, ever since a very long time. The stone is coveted for its brilliant, dark blues and connoisseurs love it!

Defining the term royal blue, Burmese Sapphires have made their spot in the markets for their illustrious hues and shimmering clarity. The gemstone holds an elite ground on the counts of its enrapturing aesthetics. Sourced from the Mogok region of Myanmar (previously called Burma,) this is an extremely valuable stone with limited sourcing. However, there's lots more to know about. We've compiled a collection of essential details that you need to know about the gem, read it all here.

How is Burmese Sapphire mined?

As mentioned above, this stone is found within a wide and spanning belt of metamorphic rocks. Burmese Sapphire is usually spotted inside of the pegmatites, which can be defined as a part of igneous rocks. These pegmatites are studded with this raw form of gemstones and can be dug up from the earth grounds.

Among all the other mining methods used, the most common is when machines scope out the promising mines. These heavy-working, industrial machines dig parts of earth and unveil some large sized boulders. From these boulders, the promising rocks are sorted manually and washed down with strong-pressure hose pipes. This process helps in determining just how much stone can be gathered. These promising pegmatites host the coveted collection of raw sapphire, which would later be polished into the fine specimen of Burmese sapphire we’ve been looking at.

Yet another method is used locally by the women of Myanmar, in search of this gemstone. The method is termed as kanase. This practice allows women to go in search of Burmese sapphire, without the requirement of a license! In this, they revisit the mines and primary rocks that may contain the stone. They take a second look at the deposits and are also free to keep the stones that they find! This is one marvellous way that has enabled the women of region to stay in the business of cutting, mining, and selling.

Widely and extremely popular for its brilliant blue hue, this stone has been taking over the market with its name being counted among the very bests. Some even consider this type of sapphire to be among the very bests that the world has to offer. Let’s read a bit more and in detail about that makes it so special and sought after:

Inky blue hue of this gem maintains its rich class and popularity. Leaning toward the darker side of royal blue colour, it looks bold and elegant at the same time. Its defined and crisp blue colour is the major factor that makes blue and sapphire synonyms in the common market. The specimens display perfect distribution of colour with even shades seen in all corners.

The most loved and popular cuts of Burmese Sapphire are the traditional ones – oval, round, octagon, and so on. These cuts ensure that your specimen get the best amount of light reflecting on it, making it shimmer and glimmer in picturesque ways. The sapphires from Burma are available in larger than average sizes, which grant them the option of larger cuts. The most popular has to be oval, seen in the centre place of many jewellery designs.

Like most sapphire pieces seen in the elite market, this stone too, flaunts impressive clarity. There might be present some small inclusions that are invisible to the naked eye. Clarity ensures that it mounts well on the metal frames of your jewellery designs. Burmese sapphires are considered under the Type II kind of gemstones, meaning that they have little inclusions. These inclusions are sometimes corrected using heat treatments.

As mentioned above and before, Burmese sapphire found in the area are usually available in larger sizes. It is commonly understood that the stones with a larger size offer a larger carat weight, and consequently command a higher price. It’s the very same with these stones. These stones in our collection are available in larger and bigger carat weights, making them worthy to be the centre stones in designs.

Burmese Sapphire Stone Treatment:- To take care of minimalizing the inclusions as well as the cracks, sometimes heat treatment is applied to these specimens. This treatment makes the stone more durable and tougher than before. It is also said to enhance the intensity of colour. It is to be remembered that you must ask for treatment of the gemstones wherever you’re buying them from. Every supplier must disclose whether the stone is untreated or treated.

Sapphire had been added to the list of birthstones, back in the year 1912. Burmese Sapphire birthstone can be worn by the people born in September. The beautiful stone is considered to be lucky for all the people who are born during this month. The classy blue colour of this stone is also used to denote royalty as well as strength.

Anniversaries for the years 5 or 45 also use sapphires. Burmese Sapphire is, hence, considered as the best present for these special occasions.

Since years, sapphires have been believed to hold a lot of power, mysticism, and magic. Ever since the stone was founded, it tied its name with strong and powerful healing properties and astrological tendencies. Here, we’re going to shed light on how blue sapphires, such as Burmese Sapphires, have made their name a fame in the market of astrological healing properties.

Sapphire is a stone that has varied uses, for both decorative as well as healing purposes. The crystal is more often used in meditation as it is believed that it holds positive energy within itself. Many people place the stone in their meditating rooms and also use it to bring positivity in their thoughts and lives.

That said, there are some special characteristics that are believed to be held just by blue sapphires. Burmese sapphires in this collection have often been considered to be associated with projection of thoughts. They’re believed to aid your expressions and are worn to enhance self-confidence and fluency. Healers also go as far as to say that they have a positive impact on the nervous system as well as the thyroid glands.

What to Remember While Buying Burmese Sapphire?

Buying Burmese Sapphire is a sure tricky thing, with all the qualities and factors that you need to keep in mind. However, at TJC, we seek to make the experience easier and better for you. We’re offering you some quick tips and tricks that you can keep in mind when you’re shopping for this particular gemstone: